THAI cat and SIAMESE cats have the same roots. The Thai cat is the traditional and original Siamese cat. The appearance of Siamese cats was first described in the world’s oldest book about cats called “Poems of the Cat”, published in 1330, currently owned by the National Library in Bangkok. Pointed cats with fascinating blue eyes and dark points at the tail, paws and ears were shown as pets sitting next to the royal family. At the very first cat exhibition in 1871 in the Crystal Palace in London, Siamese cats from South-East Asia were shown. These originally imported Siamese cats were, just like today’s descendants in Thailand, of medium size, muscular, graceful cats with a moderately wedge-shaped head with long ears in proportion to the head size. These cats were never extreme in their appearance. Besides direct imports from Thailand (then known as Siam), imports from Burma, Hongkong, Japan and even Tibet are listed. Already at that time a distinction was made between a round head type (“apple face”) similar to today’s Thai cats, and the type with an elongated face (“marten face”) lighter in colour. 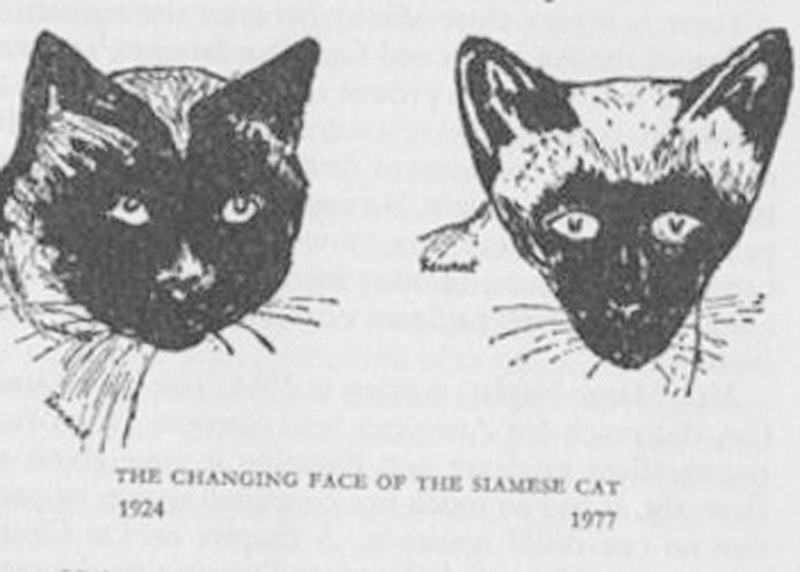 The latter type is now the basis for the modern Siamese breeds. The new Siamese breeding standards are: extremely elongated body, strikingly long wedge-shaped head with a super thin whip tail resulting in very extravagant cats which have been awarded at many exhibitions. The more rounded traditional type was nearly forgotten and did not get good grades at exhibitions, because it was deemed to be antiquated. But some breeders and enthusiasts, who did not agree with the new extremely slim line, continued breeding this type in secret, sometimes even without belonging to an organization of breeders. In Russia the professional breeding of the new Siamese cat only started in the 1990s. Therefore, the traditional type was preserved since there was not enough time to breed the new extreme type. Of course the Siamese cat existed there already earlier. In the 1950s the famous puppet player, producer and director of the Moscow Puppet Theatre Sergei Obraztsov brought Siamese cats from Poland, Hungary, GDR and Thailand into the USSR (to Moscow). of course these cats did not have pedigrees, since for the Russians these cats were “only” house cats (and family members) in the colours of Siamese cats. Obraztsov is known to be the founder of the breeding of Siamese cats in the Soviet Union. Until the end of the 1980s Russia had a big enough breeding colony with the phenotype of the traditional Siamese Cat. The first ever cat exhibition in the USSR in 1987 with about 100 cats was a real blockbuster. People were standing in line for five to six hours in order to see ….5 Persian cats, from Czechoslovakia, some short hair cats and a big number of fluffy “Vas’kas” and “Murkas” (most of them were house cats).
In Russian clubs a large number of cats started to appear with colour point markings of unknown origin, all of these became Thai based on their phenotype. Only that it was forgotten, that these cats were bred for many years freely with the local European short hair cats, with a little bit heavier build and bigger size than the real Thai cats. In the cat exhibitions in Moscow and Leningrad during the years 1987-1988 the “Siamese cat” was shown in the novice class under the breeding name “old-style Siamese”. In 1989 the Russian cat club “Feliz” and the St. Petersburg Club “Kotofey” became part of WCF and invited the president Mrs A. Hackmann to visit the exhibitions. In 1989, after a call by the German journal “Ein Herz für Tiere”, German breeders founded a community called “Siam old-style”, with the goal to achieve acceptance of the traditional Siamese type. To reach acceptance a request was made through A. Hackmann by the cat association Deutsche Edelkatze e.v. at the WCF. This was not easy, since a lot of Siamese cats of the old type, showed the right phenotype but at the same time already were old or castrated and therefore were not able to contribute to the continuation of the breed. The breeders of the old-type wanted to split the Siamese cat breed into two types (old and new), but this suggestion did not get the approval of the breeders of the modern Siamese type. In 1991 the WCF passed new standards for the traditional Siamese cat, which ever since was called THAI. Since then this more rounded type of cat is bred as its own race widely accepted by different associations and organizations such as WCF, EGCA, WACC, LOOF, TICA and more recently it is fully recognized by FIFe. Submission of the proposal of THAI recognition in the TICA by Carola Hopfe on behalf of the members of the ITC. The official presentation of the THAI took place from 30.8.-1.9.2006 on the occasion of the TICA Annual in Hannover, Germany, among other things by members of the ITC. Official Presentation of THAI in February 2014 in Italy (Cernobbio) at FIFe – with some Cats of ITC members. Thus, the application for the recognition of the THAI was submitted to the FIFe. At the Annual General Meeting in May 2014, FIFe decided to provisionally recognize the THAI for the next five years.

31.5.2014 General Assembly of FIFe in Riga: Voting procedure on the admission of Thai in FIFe, the Thai is provisionally recognized for the next 5 years 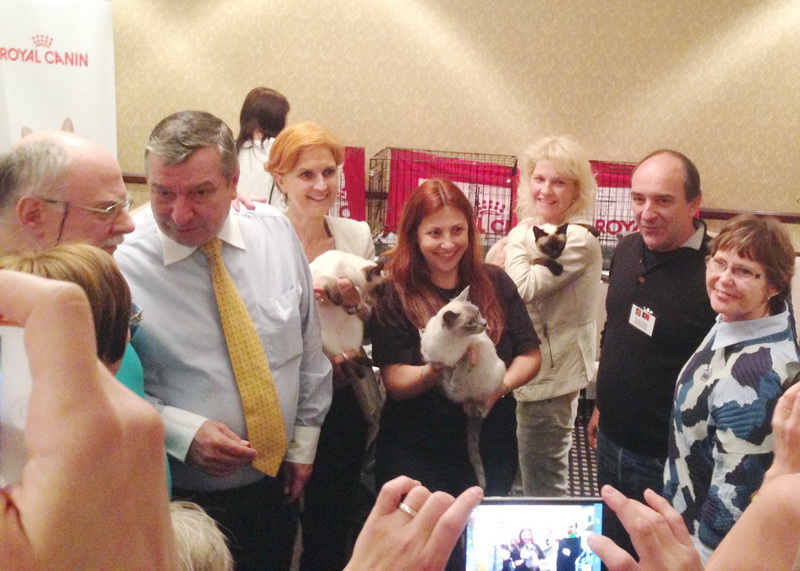 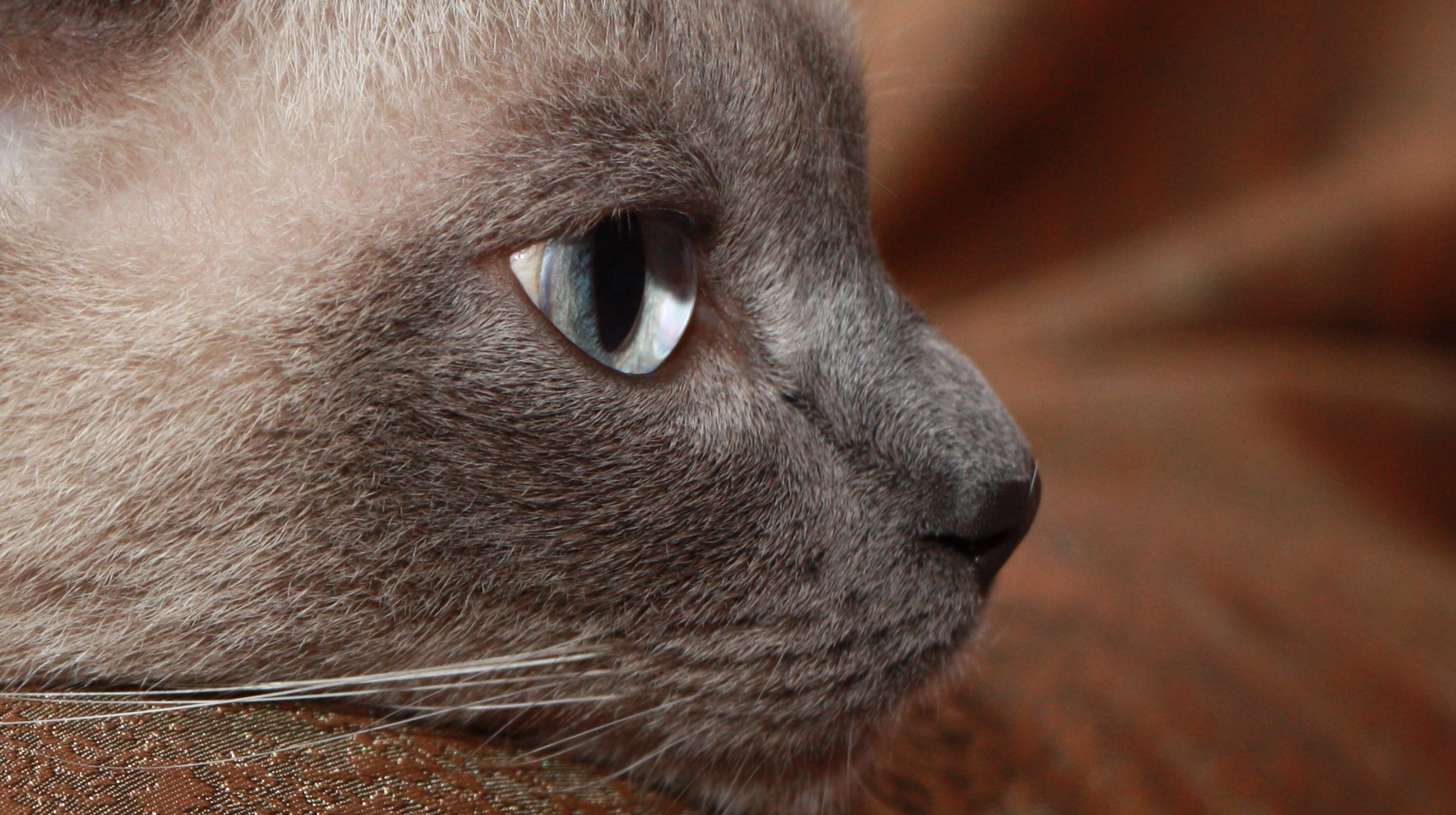 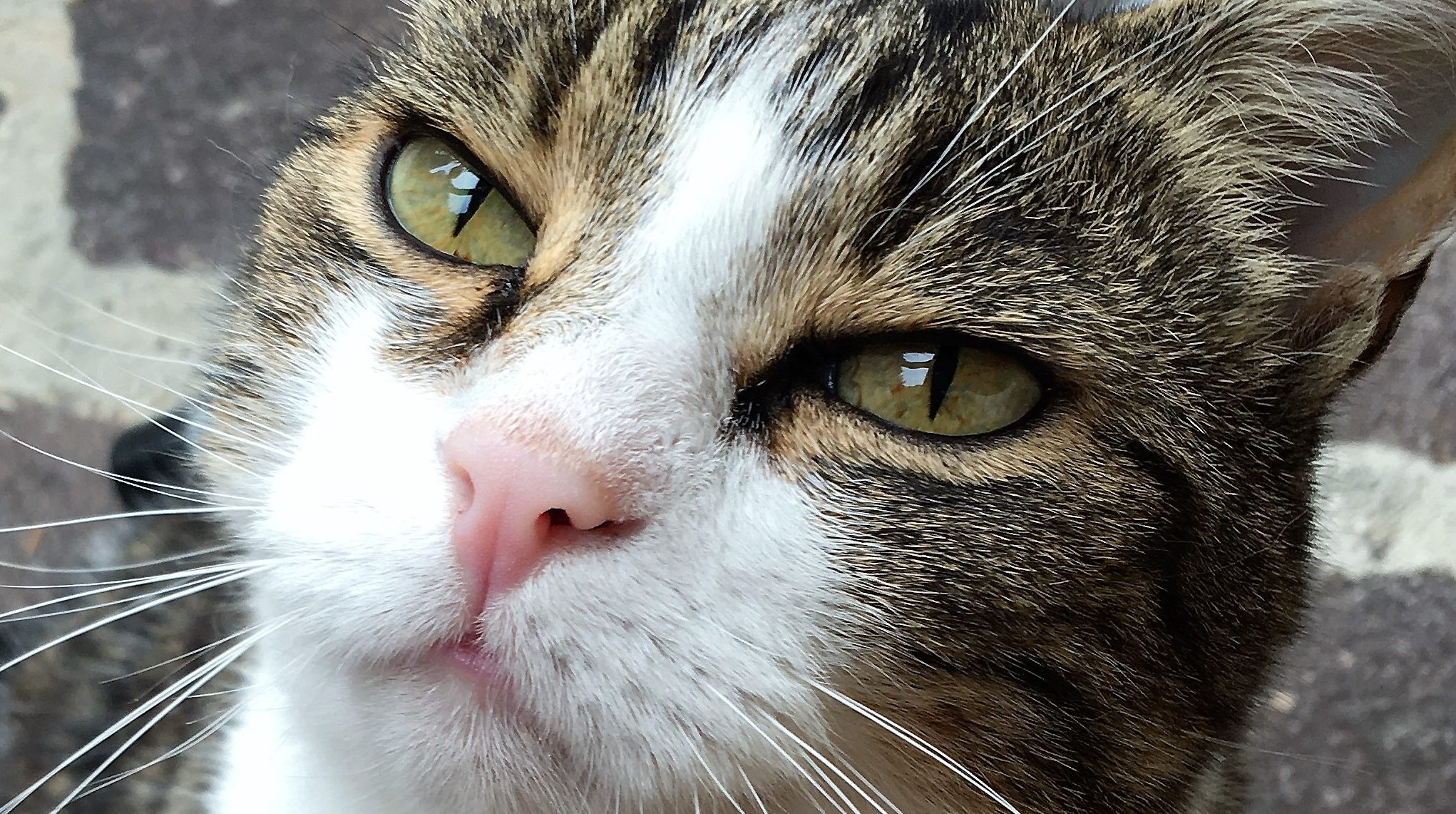 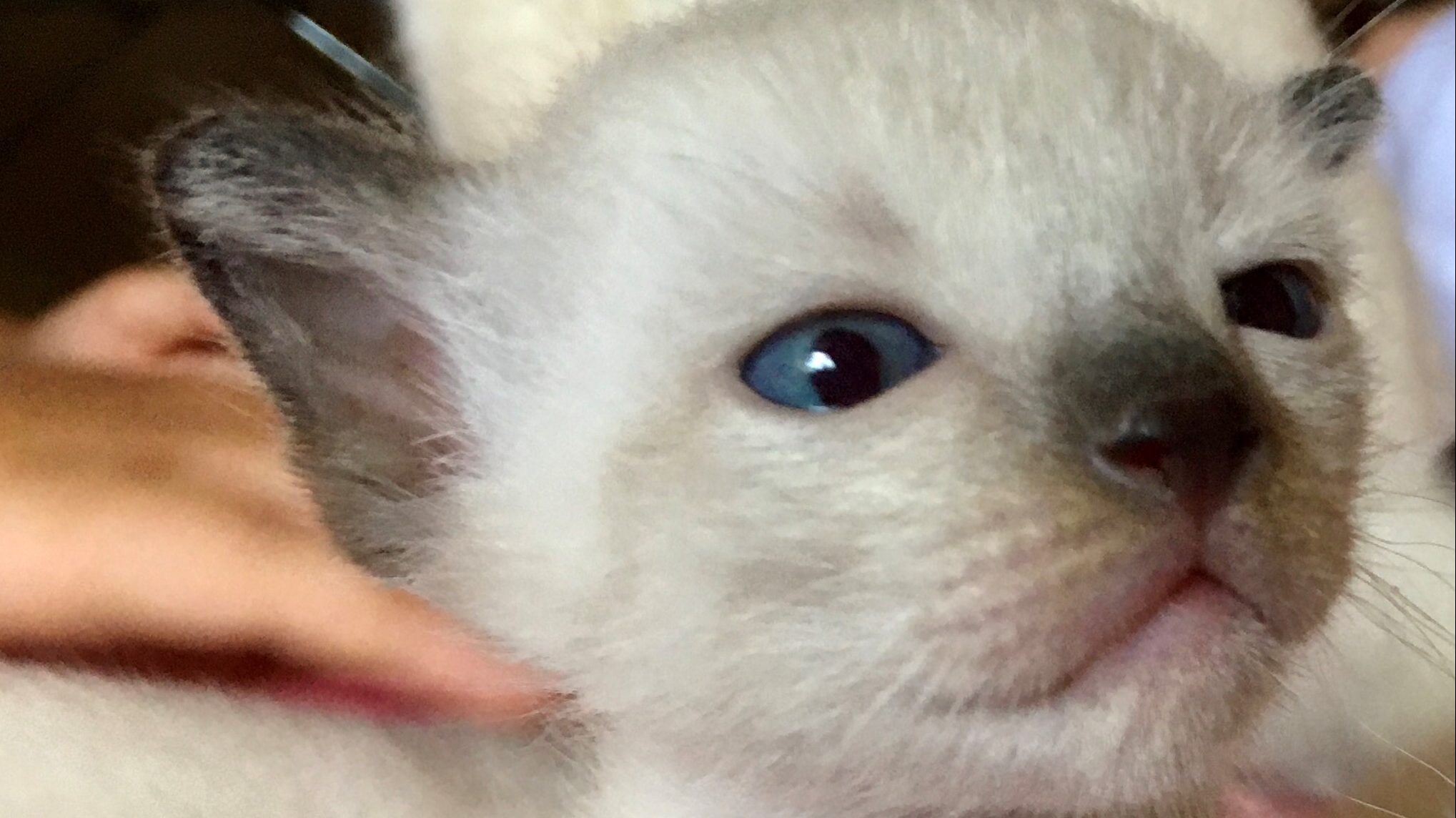 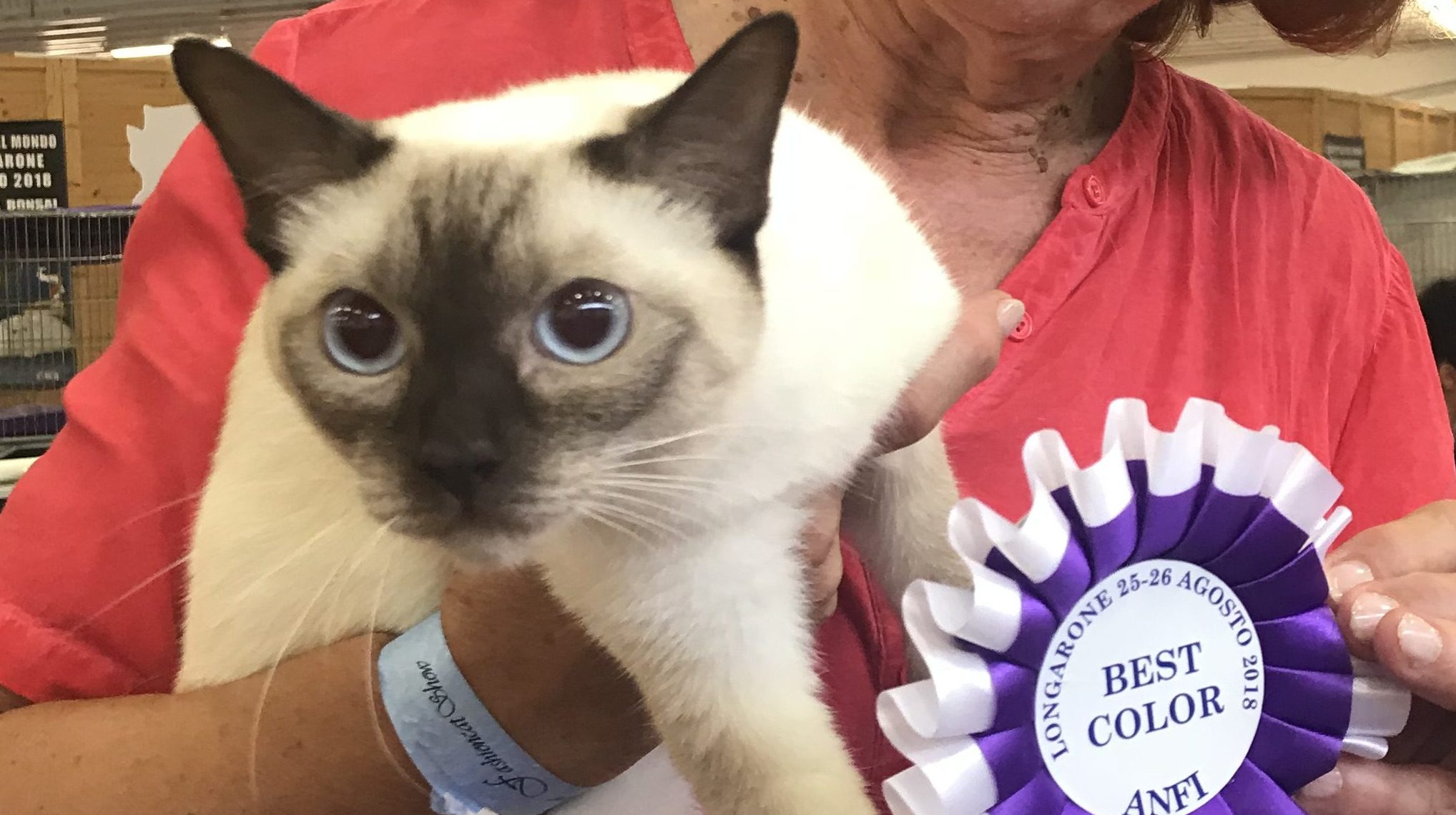 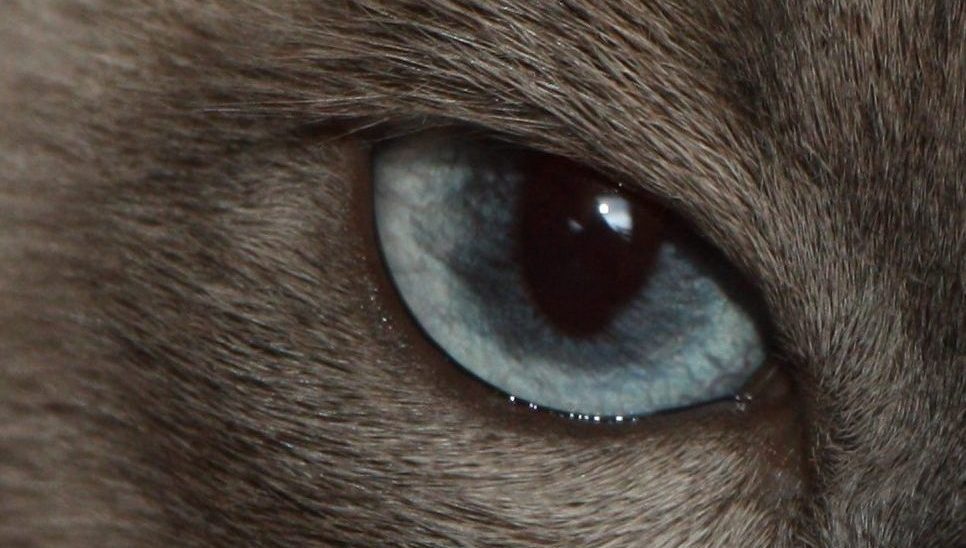